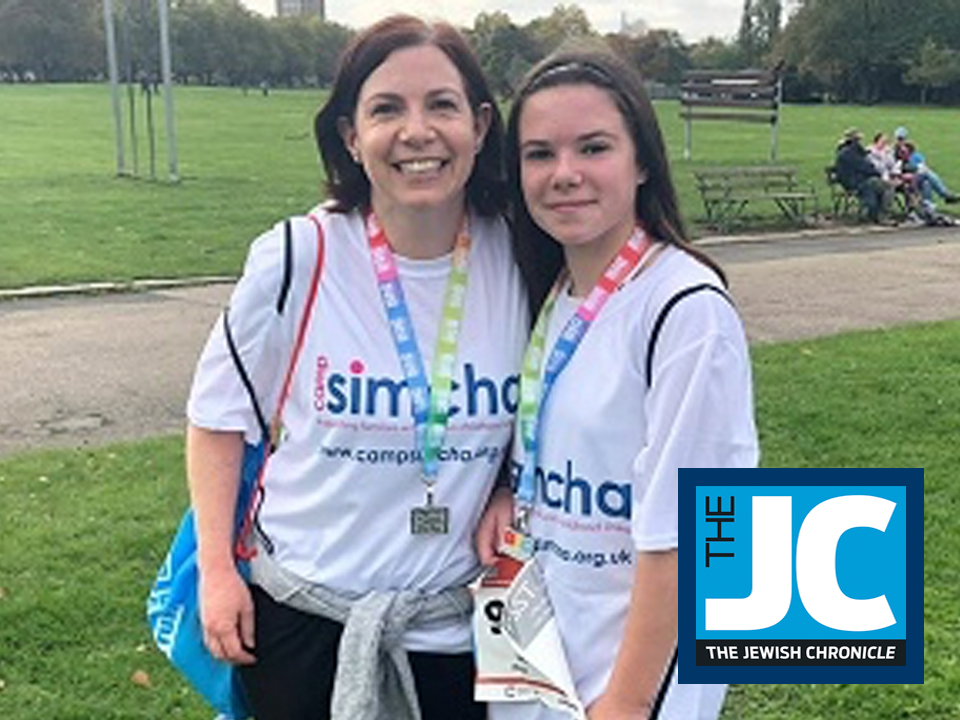 It was great to see the piece about Tamar John raising money for Camp Simcha, featured in the JC Celebrations magazine. Read the full article here:

Every year countless Jews make their simcha into a mitzvah by sharing it with a charity.

In the past year Camp Simcha, which supports families with a seriously ill child, has benefited from dozens of supporters choosing to take part in its ‘Share Your Simcha’ initiative, either asking guests to donate to the charity instead of a gift or using the occasion as an opportunity to raise money through a sponsored event.

This month Tamar John, a Yavneh College pupil from Borehamwood, celebrates her bat mitzvah. To mark this milestone, she has raised nearly £1,700 taking part in the Big Run in Victoria Park last month.
Tamar’s family were supported by Camp Simcha after her sister Ilana, now nine, was diagnosed with Type 1 Diabetes four years ago.
Her mother Hannah explains: “The diagnosis came completely out of the blue; we had no family history of Diabetes and we struggled to adjust to all that managing her condition brought. It was traumatic for the whole family.

“Tamar was worried about her sister and obviously Ilana took a lot of our focus. Camp Simcha offers short-term support to families in our situation – helping them while they learn to manage the condition – and their support really made a big difference. They arranged some counselling for me, to help with the anxiety around Ilana’s condition, and art therapy for both girls to try to tease out some of the emotions they were coping with.
“There were also parties and days out and a support group that I am still involved with. It helped get us to a point where we didn’t feel like it was such a struggle.”

When it came to marking Tamar’s bat mitzvah, she decided she wanted to do something charitable.

“I didn’t have to think twice about choosing Camp Simcha for my charity,” says Tamar. “They helped us when we needed it and it felt right to do something which will help others who are less fortunate. It’s made my celebration feel more meaningful.”
Find out how to Share Your Simcha. 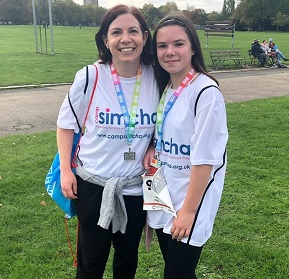