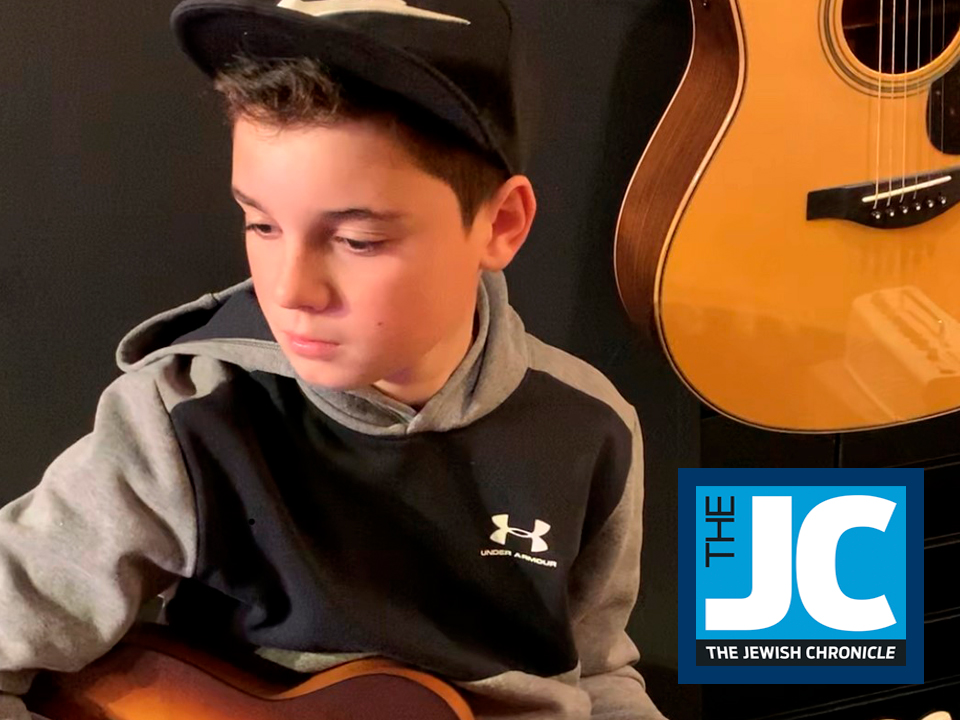 Thanks to the JC for featuring this story.

When Rafi Sandford began a 15-month barmitzvah challenge last November to make 2,021 people smile and raise £2,021 for Camp Simcha, he could not have foreseen the spoiler to his plan.

The Hasmonean pupil, from Chigwell, Essex, had chosen to earn those smiles with his singing and by March it was going well.

“In the first few months I had sung at several residential care homes, done Chanukah concerts and performed at the inauguration of the new rabbi at Finchley Federation Synagogue,” says Rafi.

Then Covid-19 struck and all future performances were cancelled; Rafi wasn’t sure his target could be reached.

It was soon after that the United Synagogue launched its Kabbalat Shabbat Friday night services on Facebook and YouTube, with a different shul hosting each week.

Rafi’s shul Chigwell & Hainault Synagogue was offered July 10, and he was asked to sing.

The week happened to coincide with the United Synagogue’s 150th anniversary and included words from Chief Rabbi Mirvis and President of the United Synagogue Michael Goldstein. The service was viewed not only by congregants in Chigwell and London, but also the rest of the UK and all over the world.

Rafi says: “During the service there were lots of messages from all over the UK and the world and we began to wonder if I might reach my target from this one night. When my dad logged on after Shabbat to check the viewing numbers we couldn’t believe it  – 1,800 on Facebook and 1,200 on YouTube. We began to discuss whether I should revise my target for the Jewish year of my barmitzvah instead!”

With his barmitzvah in January, Rafi is now focused on reaching his fundraising target. He is over halfway there and has virtual concerts arranged at various care homes, including Schonfeld Square in Stamford Hill, and Jewish Care’s Holocaust Survivors’ Centre.

“When I was at primary school we often fundraised for Camp Simcha, so I know a lot about their work,” says Rafi. “I think what they do is lovely and I know they make sick children smile so it felt like that fitted really well into my challenge.

“I am hoping I will get more concerts for Chanukah so that I can raise the rest of the funds.”