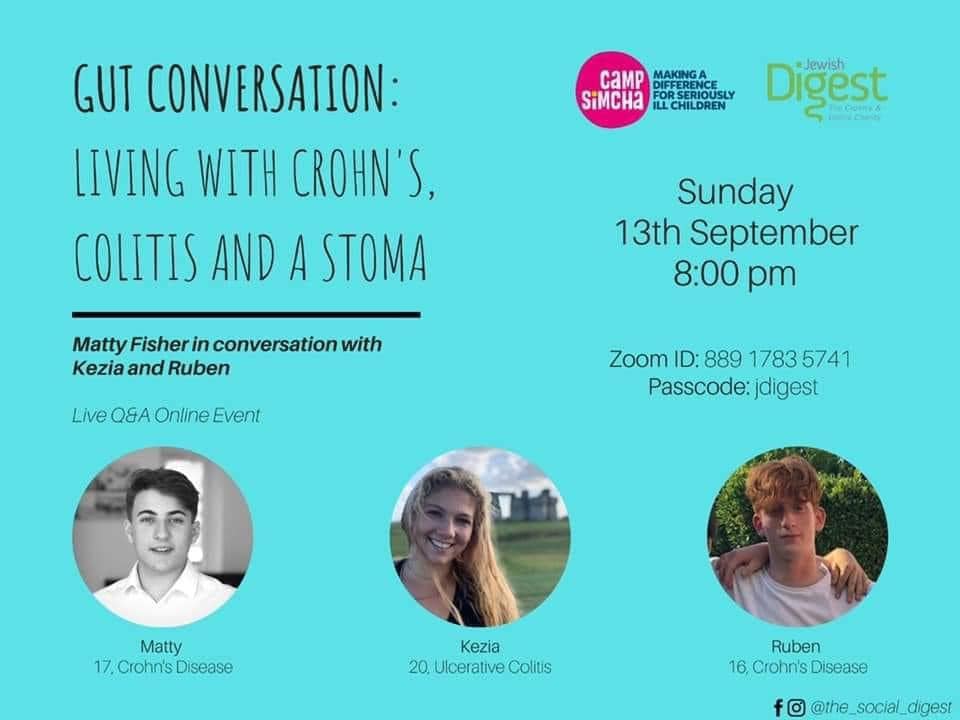 This week I was privileged, on behalf of Camp Simcha, to host a special online event in partnership with Jewish Digest.

We were joined by three impressive young people speaking to an audience of nearly 100 about their experiences of living with Crohn’s, Colitis and a Stoma.

Matty Fisher, Ruben Wapnick and Kezia Sinclair-Horne spoke articulately about their experiences, sharing what they have been through to help others in the same situation. Their open-ness and positivity was inspirational.

As well as being a really helpful and informative evening, it gave a really strong message of hope, as well as the importance of persevering through treatment options to get to a better place physically.

Camp Simcha has been supporting children with a variety of serious and life-changing medical conditions for 25 years. For the last few years, we have been helping families who have a child with Crohn’s, Colitis and serious gut conditions.

Jewish Digest is a gut health charity raising awareness and running events for people living with IBD.  They offer a buddy system putting people in touch with others who are going through similar experiences.

Together we have run several information evenings in the past, but this was the first from a young person’s perspective. Matty, aged 17, who acted as interviewer for the evening, recently made a documentary about his long Crohn’s journey. As young ambassador for Jewish Digest he interviewed Ruben and Kezia for this evening.

Kezia, aged 21, has Ulcerative Colitis. She was diagnosed while she was taking her A-Levels and treated with a variety of medications. Unfortunately, her condition resulted in her cutting short her gap year – returning home after only two and a half months away. After about a year of different treatments, Kezia made the decision nine months ago to have a Stoma surgery; she says she hasn’t looked back. Surgery was always a last resort because, for many, medications work really well but they didn’t work for Kezia.

Though terrified at the prospect of the surgery, Kezia explained that after being unwell for so long, she was ready to take back control of her body. She wanted her life back and this is what has happened. For the most part she can now eat what she wants and no longer suffers from the debilitating chronic fatigue which is such a big part of the condition. The stoma surgery has not held her back in any way and she is now enjoying University.

Speaking about how she prepared herself for the surgery, Kezia said she began following two You Tubers who had stoma bags. While she went into it knowing it would be tough, knowing what to expect really helped her recovery.

Both Kezia and Ruben stressed the importance of talking about illnesses such as IBD, ‘invisible diseases’ as they called them, because while you don’t necessarily look ill they are still very disabling and debilitating. With IBD being genetically more prevalent among the Jewish community people need to know about it so that they seek help when they have symptoms.

For Ruben, aged 16, it took a couple of months before his Crohn’s was diagnosed. A keen footballer, the fatigue was particularly upsetting in terms of the impact on his lifestyle. Ruben could barely play half a game and would return from school each day exhausted and unable to do anything other than collapse into bed.

For him, although it took two years to get to this point, medications and diet have been very effective; he is now in remission and has bags of energy.

He told viewers how important it is to listen to yourself; know your own body and what foods help or make it worse.

Most importantly, Ruben stressed the importance of fighting to get a diagnosis and then keeping positive as you work towards finding the treatment which helps you; all three stressed you will find a course of action that works for you.

Sharing their situation with friends, family and also joining online forums really helped Matty, Ruben and Kezia. This is what motivated them to be part of an event like ours – which has since had over 1,000 views online.

For my part I hope it helped the many who viewed and will encourage other young people to speak out and access the support which is out there for them.

You can watch the full event here https://youtu.be/1c7fkTg6pPw 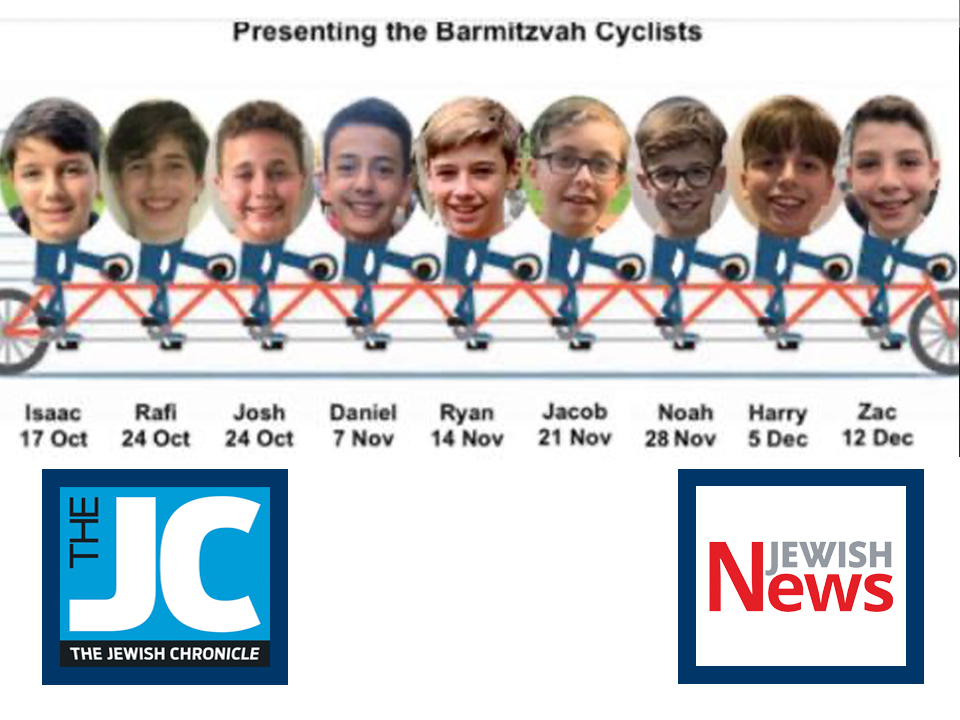 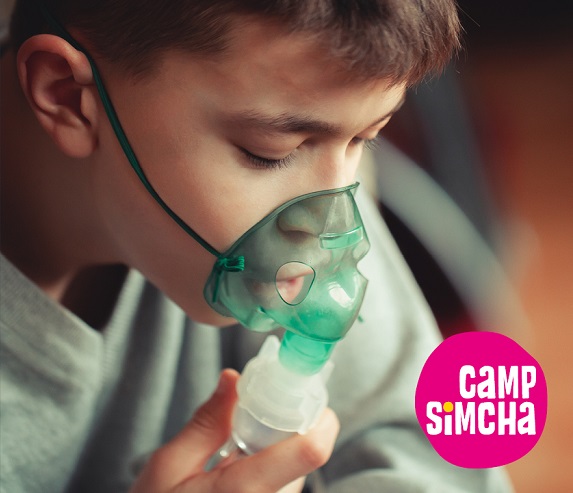